Getting to put your unrestricted stamp on a place is one of the real joys of home ownership, but unless it’s your forever home you might want to rethink some of your renovation projects. Because while some home improvements (however big or small) might increase the value of your property, others you might be lucky to break even on and some could even cost you…

From verdant botanical designs to art deco-inspired geometric prints, bold wallpaper is big news at the moment, but if you’re thinking of selling anytime soon, you might want to crack open a paint tin instead – and keep it neutral. 'Extremely bold decor is a niche taste, so by definition it can turn off a lot of potential buyers,' says Jonathan Hopper, CEO of buying agentsGarrington Property Finders. 'Unless it’s a Banksy, most buyers won't want to pay extra for something they end up painting over.'

Considered the heart of the home for a good reason, many people splash out on the best kitchen they can afford. But it isn’t always a prudent financial move. Most homes have an upper limit and a swanky kitchen isn’t going to push it over that.

'For most homes – by which I mean anything under the £1 million mark – breaking the bank for a top of the range kitchen is seldom worth it. Yes, buyers want kitchens to be light, airy and practical. But the presentation and functionality of the units is more important than having a dizzyingly expensive oven or freezer,' adds Jonathan.

While some people long for an open-plan house, others prefer a traditional layout. And the problem is, in most cases, you don’t know which future buyers will want. 'Making structural amendments to a property before selling it could see you remove a separate room that may have made all the difference to a buyer and their interest in the property,' says Sean Nicol, Sales Director at estate agents Coulters Property

Knocking a dining room through could potentially put people off, and with the ever-increasing popularity of workingfrom home, more and more buyers will be looking for separate rooms they can work in, away from the rest of the family. 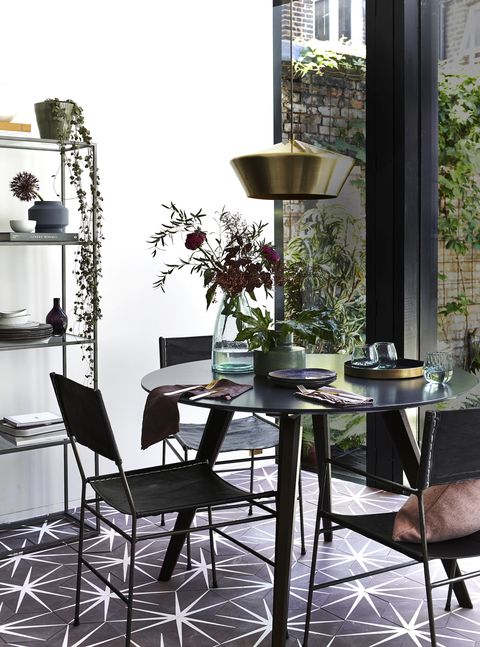 Likewise, it’s never a good idea to lose a bedroom. 'Think twice before knocking the wall down between two bedrooms to create one large room. Houses are largely valued on the number of bedrooms, so by turning a four bed into a three-bed property, you are effectively downgrading it,' says Ellie Donaghy of estate agency Andrews Property Group.

While there is no issue with temporarily swapping out a bedroom for a dressing room or a gym, Ellie advises that it's best to make this a temporary set-up that can easily be reconfigured back into a bedroom when you’re looking to sell the property.

Much like kitchens, designer bathrooms won’t push the value of most properties up over their ceiling price. 'We see properties all the time which have been over-spec'd by the homeowner. The vendor has added a plush bathroom or a very high-end bespoke kitchen costing tens of thousands of pounds, in a standard three-bedroom house. They're then surprised when prospective buyers don’t express the same enthusiasm, and are unable to recover the cost,' says Ellie. 'High end features may well attract buyers but that doesn’t mean they are willing to pay a higher price for the privilege.'

In addition to not overspending on swanky features, you’ll also want to make sure your bathroom remains on – or is moved to – the first floor. Research found that downstairs bathrooms knock around £13,500 off the value and 44 per cent of UK adults said it would put them off buying a property.

'Sympathetic home improvements are generally a good idea, especially if they add usable square footage and dramatically improve the overall appearance and layout of the property,' says Ellie.

But when it comes to loft conversions, you’ll need to make sure things are done by the book if you want to get your money back. If it's going to be a sleeping area, it needs to be converted in accordance with building regulations in order to be called a bedroom. If you don't follow the rules, you’ll effectively lose a bedroom when marketing your house.

If you need extra space, it could be tempting to convert your garage. It’s certainly less hassle than a loft conversion! But if that means losing your only parking, you’ll want to think again. 'Generally speaking, no one makes money on a garage conversion, unless this is the catalyst for more interest than would ordinarily be expected, which is unlikely,' says Sean.

Green thumbs may revel in planting up the garden of their dreams, but do bear in mind that a high maintenance garden may actually put buyers off. 'We all want outside space, and gardens have been a life-saver during lockdown, but a high maintenance garden may put buyers off if they think it’s going to cost a princely sum to keep it looking immaculate,' says Ellie. 'By all means enjoy your garden, and spend money on it, but don’t expect to recoup the cost of the exquisite rose garden or the stylish summer house you had built.'

Speaking of expensive garden upgrades, you might want to reconsider your dream of installing a pool. 'Unless you’ve got 20 acres, swimming pools are an expensive indulgence that will dominate a garden and require constant maintenance,' says Jonathan. 'True, they have been popular during lockdown while gyms are closed. You may love it, but splashing out thousands on a pool in the hope that buyers will feel the same is a gamble. Not everyone can swim, but everyone likes a nice garden,' he adds.

Ultimately, there is certainly something to be said for prioritising your wishes over those of imaginary future buyers. But if you are thinking of selling in the near future, it would be wise to avoid the home improvements that could deter buyers or knock value off of your property.